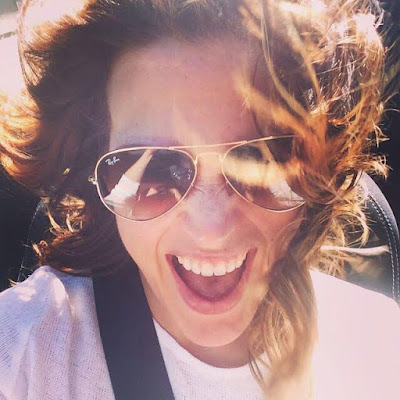 After a lot of thought, I've decided to shut this space down. I'm so proud of To Market, To Market and what I've put into it over the last five years, but I find myself thinking about it less and less.

Thank you to everyone who has read, commented, e mailed and enjoyed this little space. I've truly enjoyed this experience and look back on it with fond feelings.

I'll continue to tell Annalee's story over here.
Posted by Anna at 07:34 2 comments:

How to Look Like a Champ on Christmas Morning

Have you heard of Pascal's Patisserie? They're a Calgary company that makes the most delicious bake-at-home pastries. You buy them frozen, leave them out overnight to thaw and rise and bake them when you wake up. We're loving their pain au chocolat. They bake up big and crispy and make the house smell heavenly.

They'd make for a great last minute host/hostess gift too! Here's a list of Calgary shops that sell them.
Posted by Anna at 09:11 No comments:

We're keeping it pretty low-key this year- scary movies and handing out candy. Unfortunately, Eric won't be recreating his Prince costume from last year's rock star themed Halloween party, but perhaps you'd like to take it in...

I saw this hilarious Guide to Trading Candy over on Cup of Jo and thought you might enjoy it.

A little something to make these dark, chilly morning a bit more interesting...

Three planets will converge for a beautiful close encounter in the eastern sky about an hour before dawn for the next couple of days.
This week, Venus and Jupiter — the two brightest objects in the night sky after the moon — and Mars appear at their closest together in the sky for 2015, forming a tight triangle near the constellation Leo in the early morning. Such close gatherings of planets are sometimes called planetary conjunctions.
Because all three planets are within five degrees of one another, if you look at them with binoculars, you'll be able to see all three at the same time, something NASA calls "a rare and beautiful sight."
-CBC News
Posted by Anna at 07:22 1 comment:

I'm going back to work next week (eep!) and while I still have a lot of pre-pregnancy work clothes that fit, I could use a few new pieces. 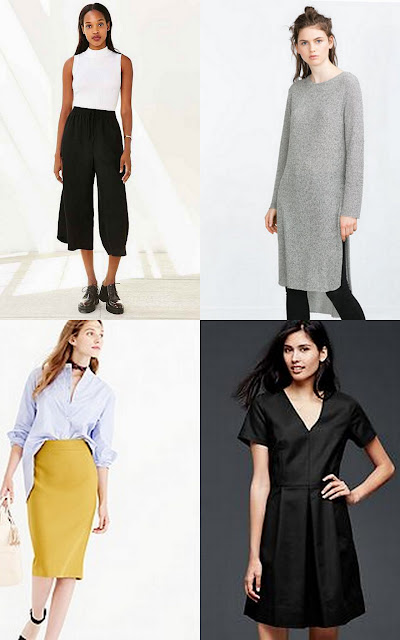 Silence + Noise Chloe Pant- I'm a bit nervous to venture into the culottes trend, but I saw a girl wearing a pair of simple black wide leg pants similar to these and they looked so chic and comfortable. The crop means they'll likely be short lived, but one can hope for a late start to winter, right?
Long Zara Sweater- Being at home, I've grown accustomed to wearing leggings (like, A LOT). I think this sweater paired with faux leather leggings is appropriate for every single Monday going forward.
No. 2 Pencil Skirt- not much needs to be said about the pencil skirt. It's easy, it's flattering and this mustard version adds some good color to an otherwise very black and gray wardrobe.
Pleated Fit and Flare Dress- I picked this dress up last week and I was shocked at how flattering it is. The sleeves are a perfect length and it comes in just enough at the waist to not look like a sack. Perfection!
Posted by Anna at 09:16 1 comment:

Happy Thanksgiving! We're having my family for brunch tomorrow (I'm making this), a karaoke birthday party tomorrow night (I've been practicing Salt n Pepa's Shoop) and turkey dinner with Eric's family on Monday where I shall eat all of the pumpkin pie. Now more than ever, I'm so thankful for our friends and family. It's been a rough few months, but we're so lucky to be surrounded by so much love. 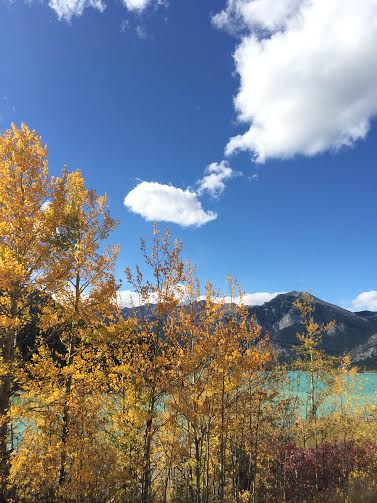 I hope you have a wonderful thanksgiving and find some time to relax over the long weekend.

I have always loved coffee cake. I especially like the fact that as soon as you put the word coffee in front of cake it becomes entirely appropriate to eat it for breakfast. I gotta say that when I woke up to snow last Saturday, curling up on the couch with a piece of this, a cup of coffee and some terrible TV really hit the spot. 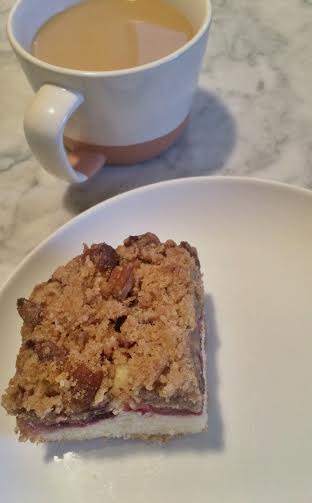 Obviously, the streusel is the best part, but even so, I felt like this recipe had a LOT of it. I used 3/4 of what it makes and there was still a (not so) healthy layer of the good stuff on top. I'm pretty sure you could use any kind of fruit, but plums are so delicious right now and they make for beautiful colour.

Plum Streusel CoffeecakeFrom Epicurious
Streusel1 cup all-purpose flour1/2 cup firmly packed light brown sugar1/2 cup walnuts3/4 stick (6 tablespoons) unsalted butter, cut into pieces and softened1 teaspoon cinnamon1/4 teaspoon freshly grated nutmeg
batter1 stick (1/2 cup) unsalted butter, softened3/4 cup granulated sugar2 large eggs1 teaspoon vanilla1 1/4 cups all-purpose flour1 teaspoon baking powder1/2 teaspoon salt3/4 pound plums (4 to 5 medium), sliced
Preheat oven to 350°F. and butter and flour a 9-inch round or square baking pan at least 2 inches deep.Make streusel:In a food processor pulse together streusel ingredients until combined well and crumbly.Make batter:In a bowl with an electric mixer beat butter with sugar until light and fluffy and add eggs, 1 at a time, beating well after each addition, and vanilla. Sift in flour with baking powder and salt and beat until just combined. Spread cake batter in pan, smoothing top, and arrange plum slices over it in slightly overlapping concentric circles. Sprinkle streusel over plum slices and bake cake in middle of oven 1 hour, or until a tester comes out clean. Coffeecake may be made 1 week ahead: Cool cake completely in pan on a rack and freeze, wrapped well in plastic wrap and foil. Reheat cake, unwrapped but not thawed, in a preheated 350°F. oven until heated through, 35 to 40 minutes. Cool cake slightly on a rack and sift confectioners' sugar over it. Serve coffeecake warm or at room temperature.
Posted by Anna at 09:16 No comments: